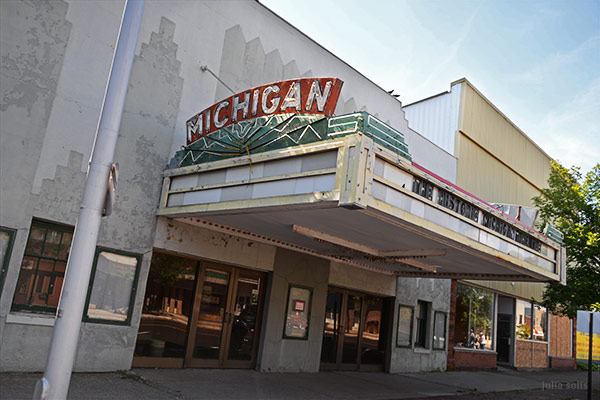 A sweet neon sign on the Michigan Theater in Escanaba – located on Michigan’s Upper Peninsula, it must have gone through some pretty rough winters. The theater opened in 1930 and, like many other businesses in this little waterfront town, it’s currently for sale. 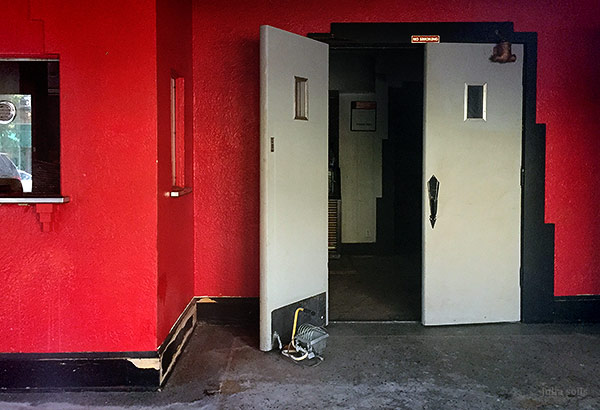 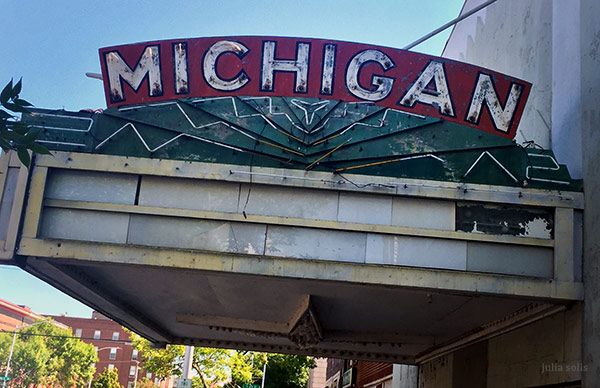 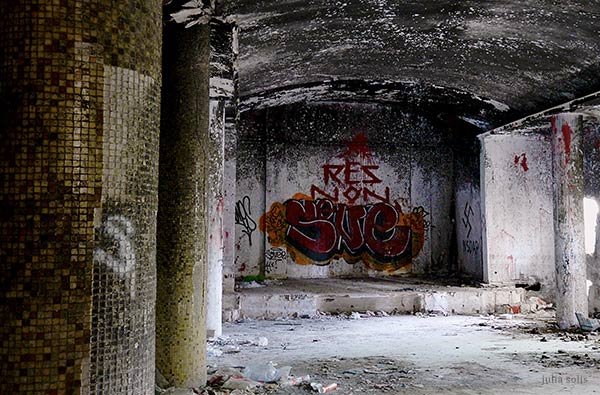 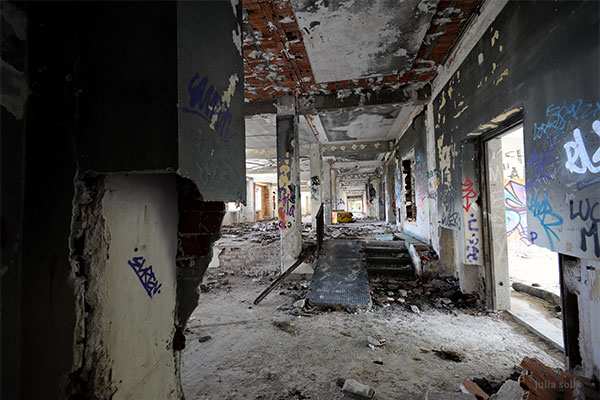 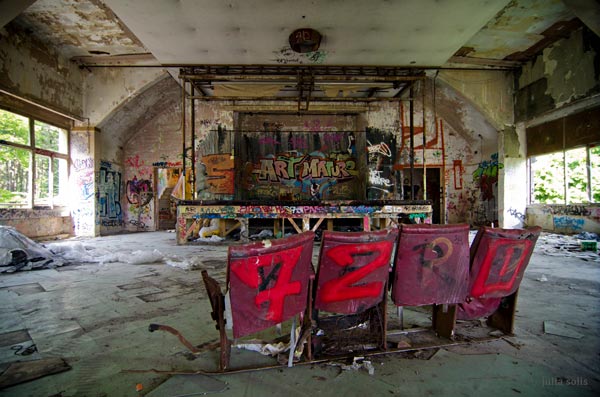 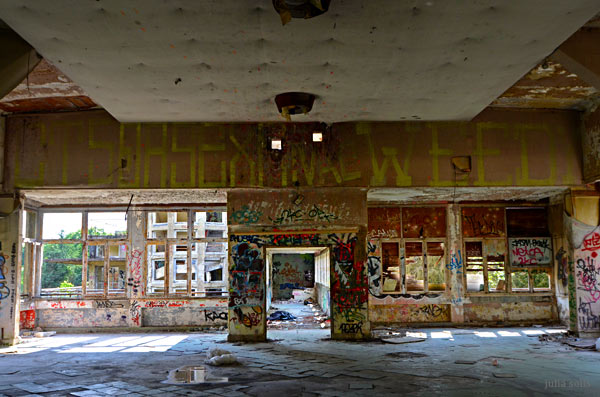 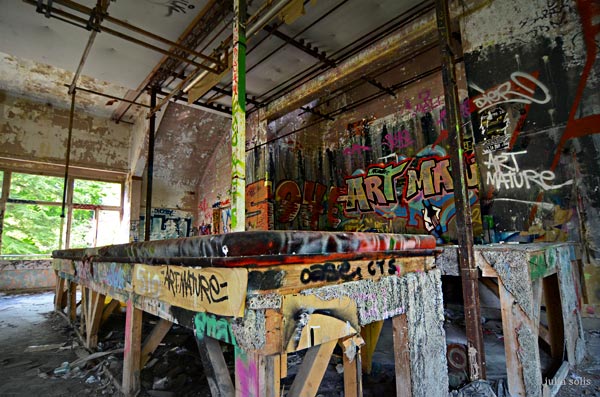 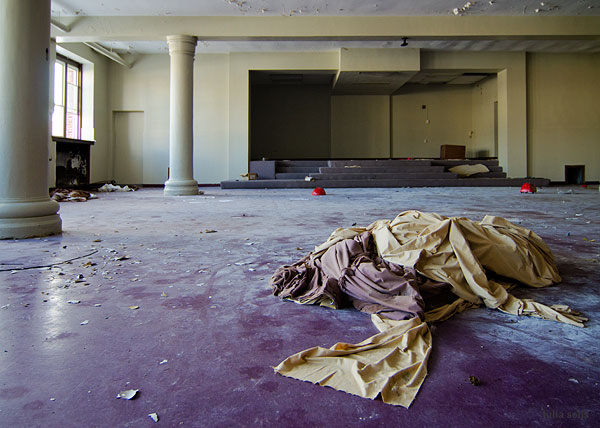 Cream and purple stage curtains making their way across the floor in a Midwestern auditorium. 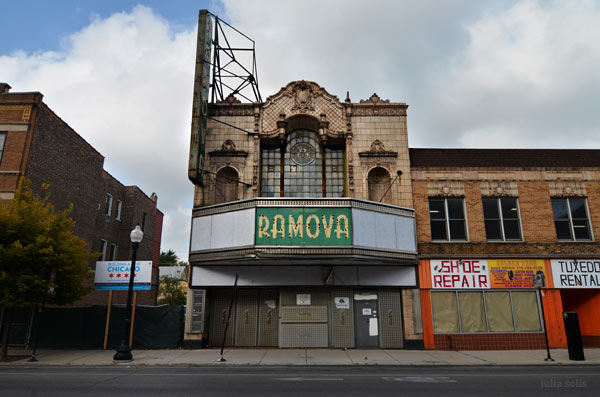 An atmospheric-style theater from 1929, the Ramova Theater is slowly crumbling to pieces in Chicago’s Bridgeport area. At least it is getting a lot of love from neighbors who would like to see it preserved. Really all you would need are some generators and dusk masks and you won’t even care what’s playing on the screen. To follow its progress, check out the Ramova Theater facebook page. 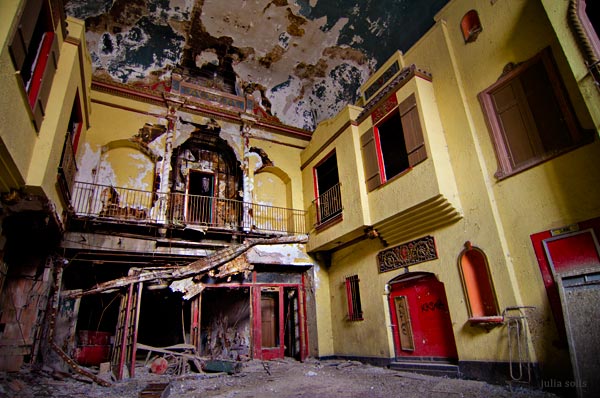 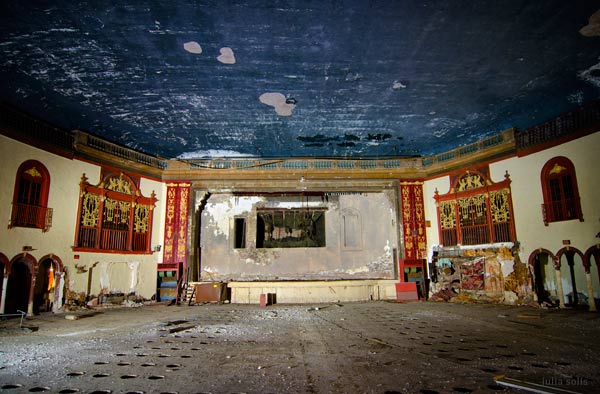 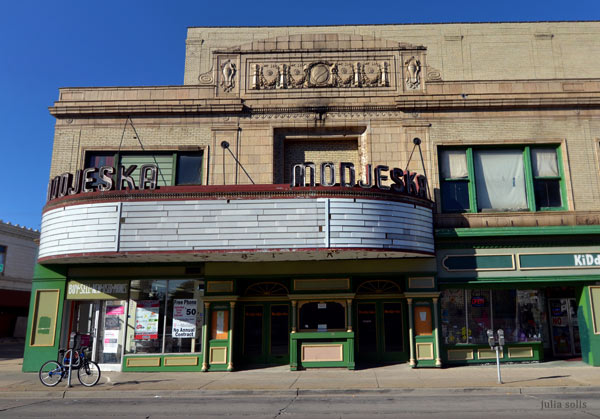 This lovely theater in Milwaukee was named after a famous Polish actress, Helena Modjeska, and has been closed since 2010. As of 2012, efforts were underway to restore it – perhaps it’s not too late to help? 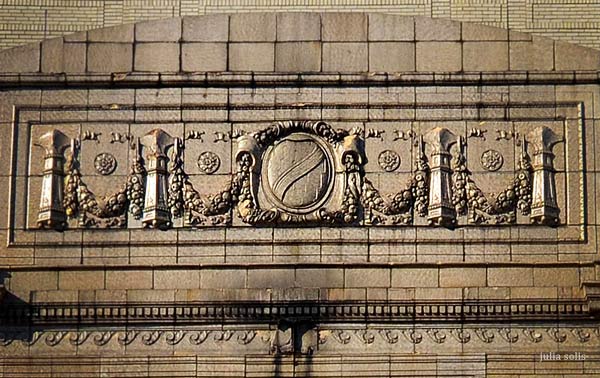 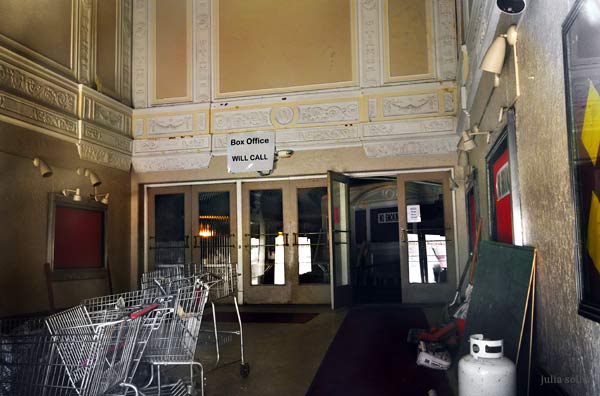 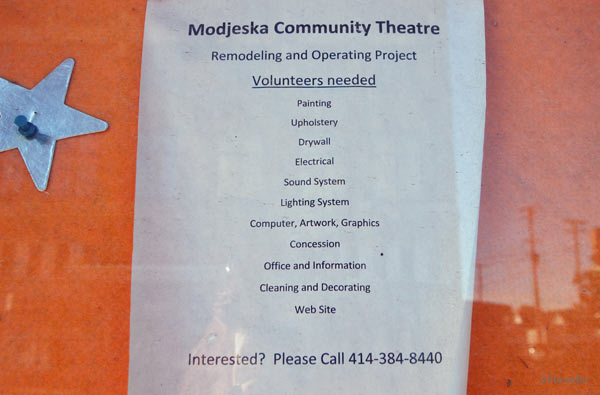 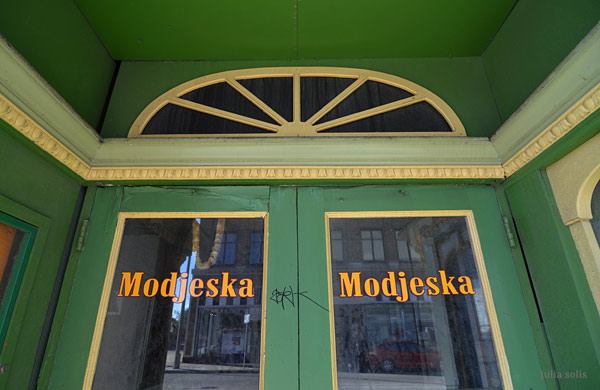 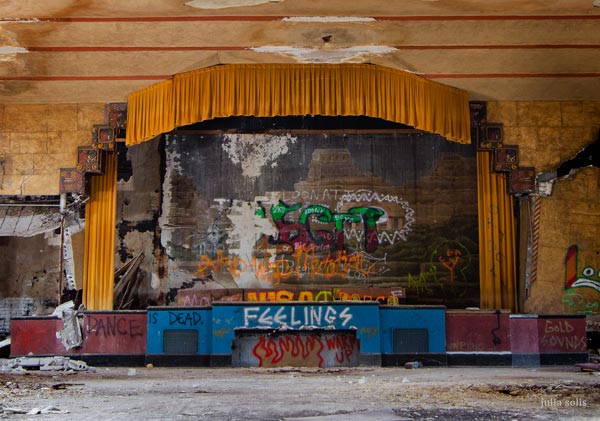 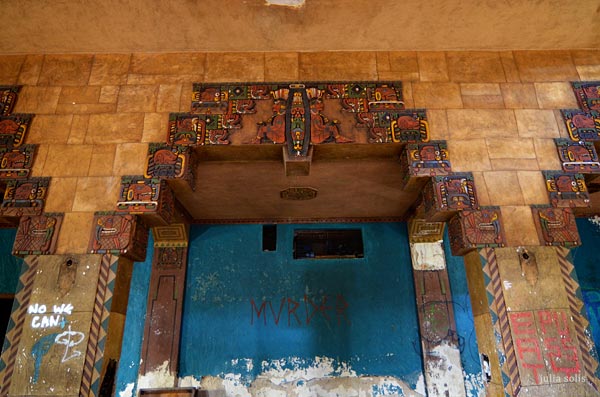 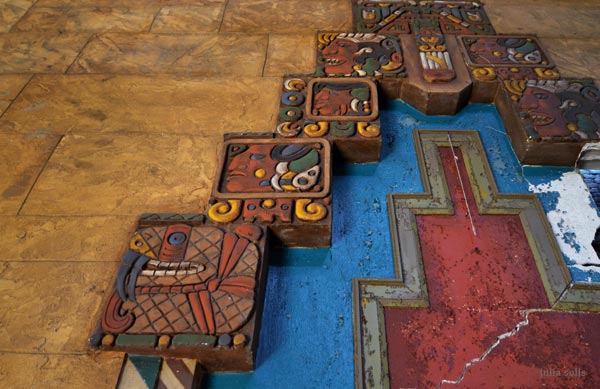 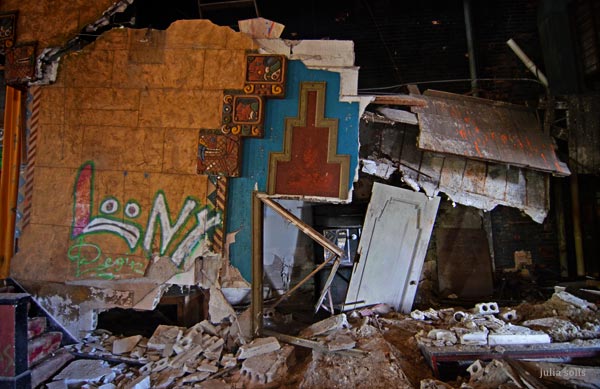 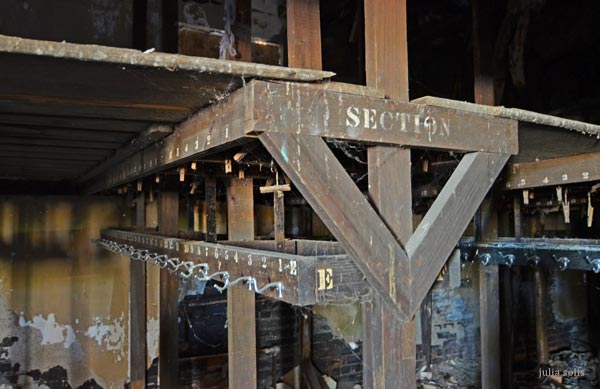 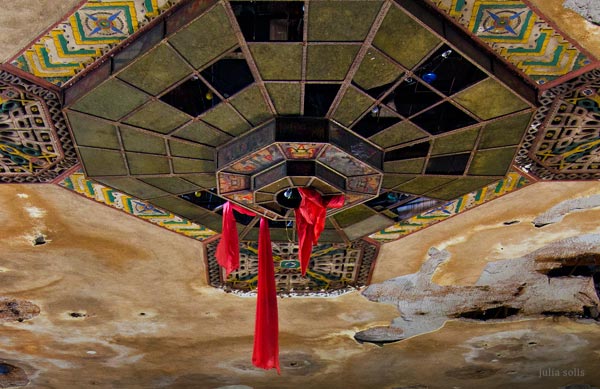